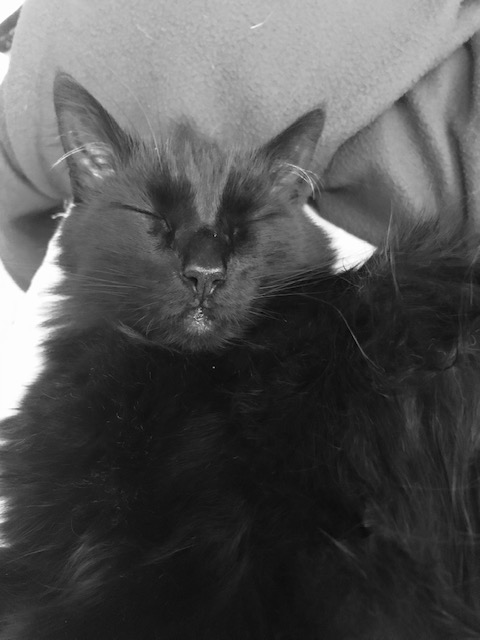 Personally, I believe that each day should be National Cat Day, but this is coming from a self-described “crazy, cat lady”. Haha

In honor of both days, I’m dedicating this post to my baby, Harlow. He is a black cat that I rescued from the street just over a year ago.

I love him and cats in general. I love the independence of cats as well as the attitude. But Harlow, and many other cats, remind us that cats can be huge loves and just not indifferent as they are often portrayed.

I personally do not believe that black cats bring bad luck. Harlow is my second black I have had and I have never experienced bad luck that I contributed to him or my other black cat, Midnight

Not only were black cats associated with the devil, but also witches. Also beginning in the middle ages there was an increase in the belief that witches were roaming the earth, and thus, began witch hunts during this time. It was believed that black cats were witches and that if they crossed your path it was bad luck because it showed the devil was watching you. (The Encyclopedia of Superstitions)

In some ways, the superstition surround black cats continue to this day. According to many sites, black cats, and dogs, take an average of a week longer to get adopted in shelters than their non black friends. I have heard about this for a while and that is a reason I decided to adopt Harlow, rather than put him in a shelter. I was worried that he would end up staying in the shelter for a while.

Though I like to believe we (society) have come a long ways from the middle ages, black cats are still a stable of Halloween and spooky things. I am happy to have a black cat to reminder me of Halloween every day!